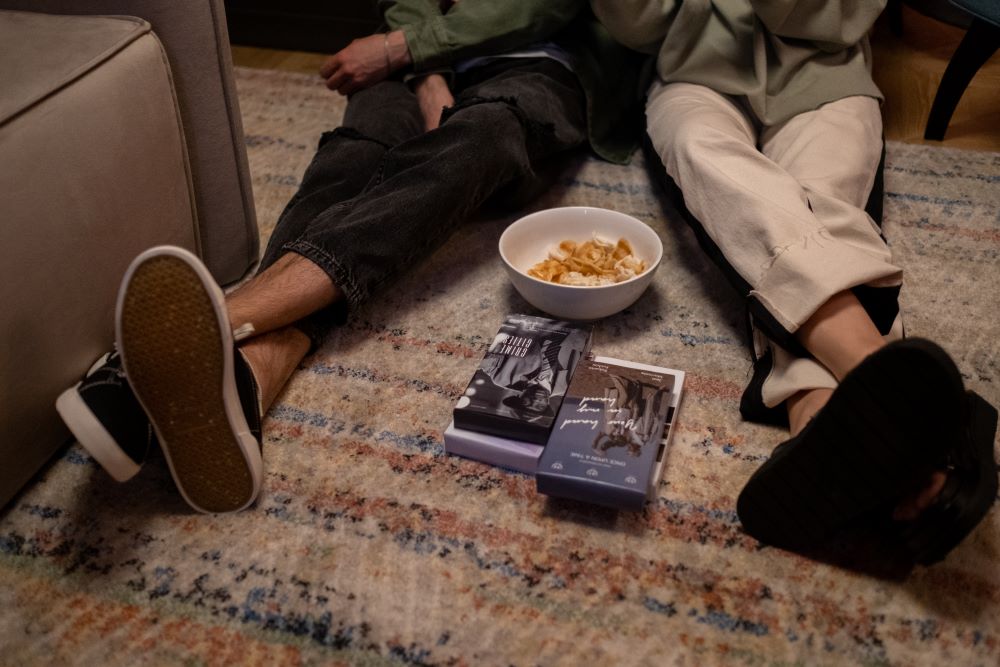 A poll of 1,500 adults aged 18 to 25 identified other musts as closing the curtains, turning all the lights off, and suitably comfortable chairs – to ensure the atmosphere is spot on.
A third like to watch their favourite shows accompanied by their partner but 23 per cent would rather not risk being disturbed at a crucial point in the episode – preferring to watch TV on their own.
The research found the average 18 to 25-year-old will spend seven hours a week in front of the TV and will watch up to four box sets at any one time.
To help boxset fans get maximum enjoyment from their favourite shows this summer, Samsung UK has teamed up with psychologist Dr Sophie Mort to create a series of handy tips.
It features advice on how to avoid arguments over what to watch next and pointers on how to combat the lull after a series ends – a feeling endured by 26 per cent of those polled.
A way to relax and unwind
The study also found it takes 38 per cent only a couple of days to finish off a series, while one in 10 say it takes them less than a day, with nearly three in 10 feeling a sense of accomplishment when they do.
Almost half (47 per cent) turn to TV to help them relax whilst more than four in 10 watch to avoid boredom and over a third (31 per cent) use their favourite shows as a distraction from their daily lives.
In fact, a third of young adults tune in to learn something new while 31 per cent press play because it inspires them to try new things or travel to new places.
Buffering in between episodes (44 per cent) and waiting for the next series of their favourite show to be released (44 per cent) are the biggest bugbears for Gen Zs.
Drip-feeding shows instead of releasing them all at once was also a top annoyance for 37 per cent, according to the OnePoll study.
Incredible viewing experiences
When it comes to who they watch it with, 34 per cent said they hate it when the other person falls asleep during an episode and a fifth can’t stand it when they repeatedly ask questions throughout.
It also emerged Stranger Things (32 per cent), Peaky Blinders (27 per cent), and Obi-Wan Kenobi (23 per cent) are the shows Gen Zs have been most excited about this year.
Ashrita Seshadri at Samsung UK, which commissioned the research, said: “We want to create incredible viewing experiences for people to enjoy their favourite shows at home, whether that’s settling down for a new series or watching a major sports tournament.
“That’s why we’ve created this guide to help people tune out of the daily distractions in their life and into that must-see show.”