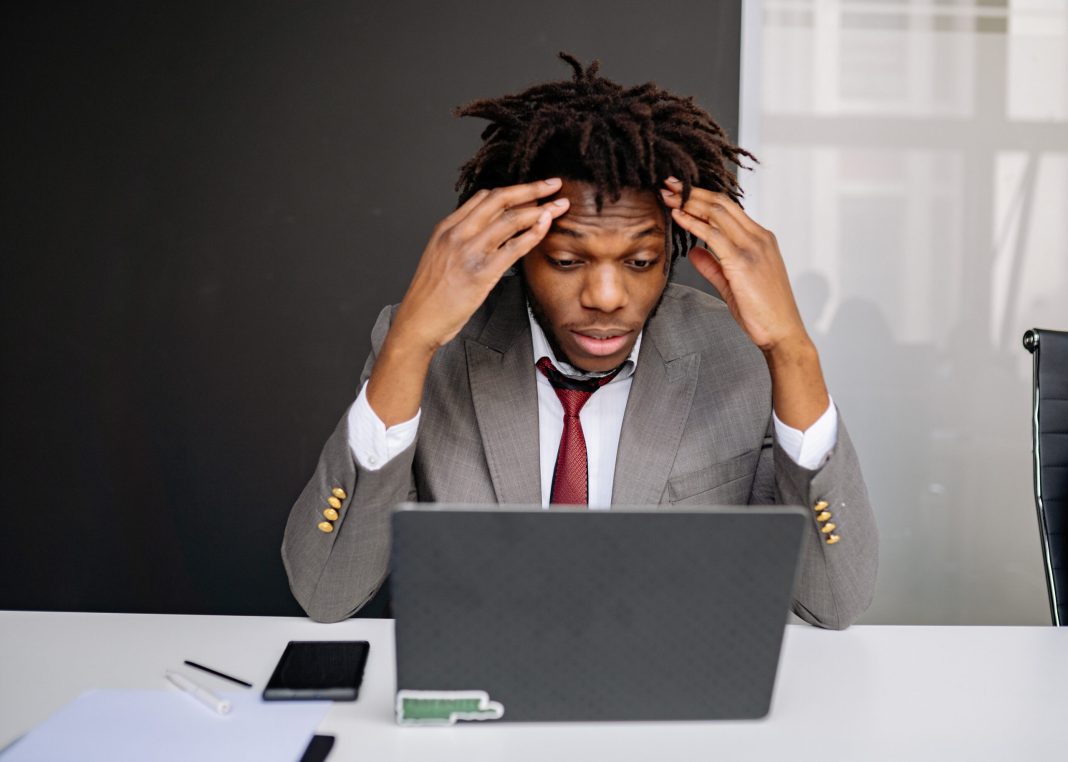 Brits forget an average of 1,095 things a year, such as their partner’s phone number, birthdays – and where they’ve parked the car.
A study of 2,000 adults found they forget something on average three times a day, including why they entered a room, what they were about to say and other people’s names.
While some don’t remember to take food out of the freezer to defrost for dinner or what they went to the supermarket to buy.
Another 15 per cent of absent-minded respondents will make a hot cup of tea – then totally forget to drink it.
More than one in 10 (11 per cent) blame the lockdowns for adding to their memory woes due to lack of brain stimulation.
But 32 per cent put it down to getting older, while the same amount believe they have too much on their plate to keep track of it all.
Memory loss can come from stress
It also emerged adults believe their memory really starts to fail them at the age of 41 years and 10 months.
Professor Hana Burianová, a cognitive neuroscientist working with supplement brand Healthspan, which commissioned the report, said: “Our brains overload when we have lots of different things going on and with a limited processing capacity this impacts our attention and memory.
“Brain ageing actually begins as early as our twenties but generally people don’t think about brain health until they hit their forties at the earliest.
“The brain is complex and intricately connected with the rest of the body, so incorporating brain-health habits as early as possible will impact on long-term brain health outcomes and improve memory and other cognitive processes.”
‘Smart pills’ can enhance brain function
The study also found one in four adults believe stress causes them to forget things.
And a third claim a lack of memory has impacted on their confidence and even the ability to do everyday tasks, and therefore impacted on their health.
Rob Hobson, head of nutrition at Healthspan, which commissioned the report to highlight its ‘Love Your Brain’ supplement, said: “Diet is important for every organ in the body and this includes the brain.
“Research has shown how sticking to the Mediterranean diet is associated with better cognition, lower rates of cognitive decline and a reduced risk of Alzheimer’s disease.
“It’s also clear that food that is beneficial for your heart is also beneficial for your brain.
“Smart pills, such as nootropics which contain a combination or ‘stack’ of ingredients known to enhance brain function, can support mental performance, cognitive and psychological function.”
Bleary-eyed Brits also feel they’re more likely to make a mental mistake first thing in the morning shortly after waking up.
More than a fifth (21 per cent) often find themselves struggling to remember their passwords for various accounts, while 16 per cent suspect technology has caused them to be less reliant on their own memory.
Learning strengthens the mind
While 12 per cent have even fallen out with someone because they forgot their birthday, according to the OnePoll figures.
To try and fight off embarrassment at forgetting something, 34 per cent will laugh it off and make a joke of the situation.
But 14 per cent are so concerned they will make a note of it and continue to track any other potential symptoms of diminished brain activity.
Prof Burianová added: “The brain has the ability to change and evolve through the lifetime; this process is known as neuroplasticity.
“Mental muscle strengthening, such as learning something new – a fact, a dance, or a language – helps improve primary cognitive functions such as sensation or attention; and higher-level cognitive functions like memory, decision making, or problem-solving.
“Our brain loves new things, but it’s obviously not always possible to seek out novelty on a daily basis.
“A mundane task can be, therefore, revamped by simply ‘being present’ when doing it.
“Take brushing your teeth – this simple act, next time you do it, concentrate on it and nothing else, the taste of the toothpaste, the feeling in your mouth, the motion of the toothbrush – as if this is a new experience.”
The top 50 things Brits forget on a daily basis

Why you went into a room
What you were going to say
Someone’s name
Your passwords
To take food out of the freezer to defrost
How to spell something
To drink a cup of tea while it is warm
What day of the week it is
What you went into the supermarket to buy
To phone someone
To take carrier bags to the supermarket
Your glasses
To take the washing out of the washing machine
To water the plants
Your phone
To charge your mobile phone
To do something at work
Where you put your car keys
Phone numbers of family and friends
A friend or family member’s birthday
Your own phone number
How to pronounce something
Where you parked the car
Your purse / wallet
How to get somewhere
To post a letter
Your umbrella
Your partner’s phone number
To turn the lights off in the house
What you planned to cook for dinner
The quickest way to get somewhere
To replace the toilet roll
Important appointments such as doctor and dentist
That you’re meant to be on a diet
To say thank you for something
Your lunch
Children’s school events, such as wear what you like days
Your coat
To lock the house
To tell the children to do their homework / take it into school
To lock the car
To turn off the iron
To meet a friend
To pick the children up from a club / sport / school
To send Christmas cards
Your anniversary
To turn off the tap
The recipe for a favourite dish
When the children’s inset days are
To put the handbrake on in the car

Habits from Professor Hana Burianová that can boost your brain and improve your memory
Be Social
Social interactions improve brain health. How often you stimulate your mind, and even the quantity – and quality – of your rest all play a role. Daily micro-interactions, for example, having a quick natter with a stranger at a bus stop, in a queue at a supermarket or by the watercooler, are very important for social connectedness.
Calm the Mind
Rest is key for our brains. When you sleep, your brain remains highly active. It is when memory consolidation takes place, which is essentially your brain filing all the things you have learned.
Stay Active
While sleep and rest might be important for a healthy brain, staying active and getting your heart pumping can be equally beneficial. Being active increases your heart rate, which pumps more oxygen to the brain.
Nutrition Matters
Evidence is beginning to shape our understanding of how food is linked to brain health and this includes thinking, memory, improved cognitive function and reducing the risk of Alzheimer’s disease and dementia. Specific foods linked to brain health include omega-3 fatty acids, vitamins B, D and E, choline and flavonoids, creatine and caffeine.
Microbes Matter
A diet rich in fresh fruits, vegetables, whole grains and oily fish – a bit like a Mediterranean diet – helps promote the health of gut bacteria that produce butyrate/ butyric acid and other fatty acids.
Invest In Learning
When you learn something new, your brain forms new connections and associations. Without physical exercise, your muscles will weaken, and it’s the same for the brain. This mental muscle strengthening improves primary cognitive functions such as concentration and memory, and higher-order cognitive functions like decision making and problem-solving. Studies have indicated that continued learning over our lifespans lowers the chance of developing dementia.
Clever Pairings
Caffeine is known to help improve mental alertness and it is also used to overcome fatigue – used often among athletes. Studies have suggested that combining L-theanine with caffeine helps boost cognitive performance and alertness.
Reduce Brain Ageing
The brain shrinks with increasing age.  A lack of sufficient nutrients needed for its repair can often lead to changes in shape. Dietary antioxidants are often highlighted for their ability to preserve brain youth, as are vitamins such as B12, B6 and vitamin D3. Stress, alcohol, smoking, lack of exercise or too much exercise can also contribute to brain ageing.