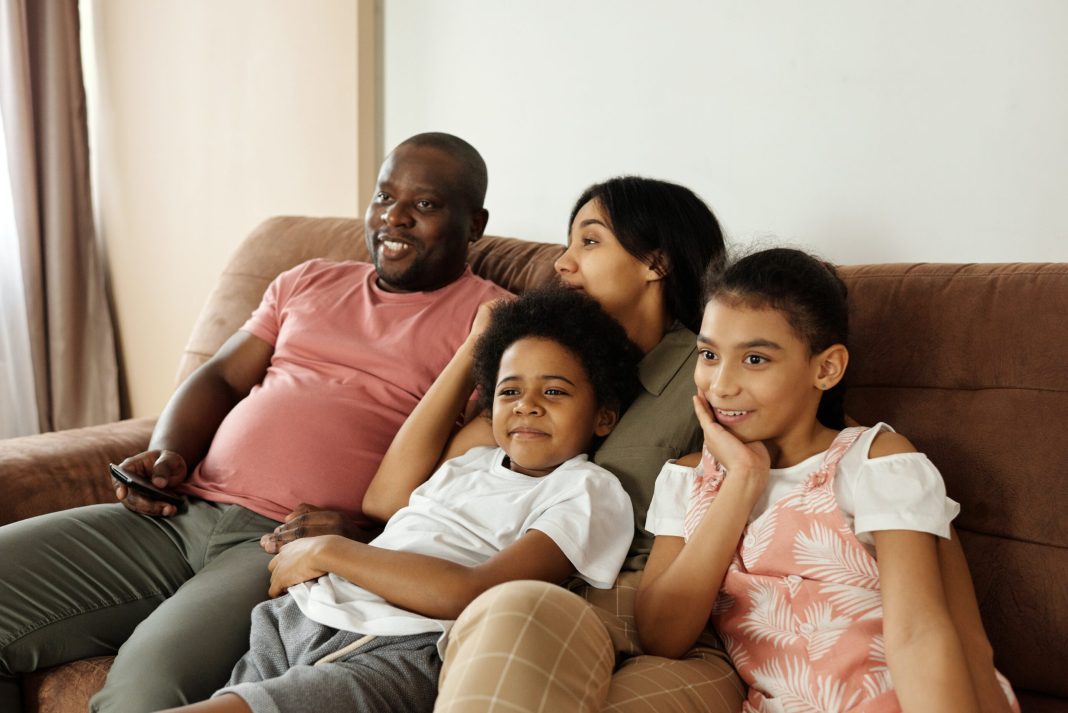 By SWNS Staff
NEWS COPY W/ VIDEO + INFOGRAPHIC
More Americans use TV to destress than any other relaxation method, new research suggests.
Conducted by OnePoll on behalf of the streaming service Philo, a recent poll of 2,000 adults revealed that 55% watch TV as a self-soothing technique for relieving anxiety or stress.
That’s more than the number of respondents who relax by taking a bath (42%) or by doing yoga (33%).
Over half (56%) of participants seek out “comfort” TV shows or movies that they watch regularly, including twice as many people from the Northeast as the West (68% vs 36%, compared to 59% in the Southeast and 55% in the Midwest).

Respondents turn to those comfort shows most when feeling stressed (22%), bored (22%) or anxious (20%) — and on average, they’ve watched their comfort shows or movies about 18 different times.
“It may have something to do with the reward centers in your brain,” said Dr. Natalie King, PhD, a brain health expert and neuroscientist. “Watching your favorite TV series can encourage the release of dopamine, which creates a sense of euphoria. Dopamine essentially says to the brain: “You are enjoying this… Keep it up!’”
One in five respondents (22%) seek out dramas, such as historical movies or shows, crime procedurals and doctor shows making it the most popular genre to watch when stressed.
Baby boomers, however, were the most likely to opt for comedy, movies and sitcoms at 25%. Similarly, millennials (ages 26-41) chose dramas 25% of the time.
Thrillers, including horror, mystery and disaster movies, placed second in overall popularity (16%), but stood out as the most popular genre (19%) amongst Gen-Xers (ages 42-57).
Northeasterners opted for action (21%) and thrillers (22%), more than any other regional group — and twice as much as the West in particular (10% for action, 9% thrillers).
More than half of all people who opted for television to relax (54%) also find themselves snacking in front of the TV, with action fans most partial to salty carbohydrate-fueled snacks like popcorn, chips, or pretzels (42%).
Meanwhile, those who watched one hour dramas were more likely to opt for sweet (35%) and savory foods (34%).
“Eating sweet and savory food also releases dopamine, making it even more addictive over time,” Dr. King added. “When the mesolimbic dopamine system fires to signal that an event was positive, it reinforces behaviors and makes it more likely for us to carry out those actions again.”
Food aside, respondents said they maximize comfort in front of the TV by messaging  their friends and family on another screen (43%), wearing comfy clothing (40%) and watching from their favorite spot (40%).
In fact, those who watch from their favorite spot are most likely to consider themselves “relaxed” (34%) after watching their comfort show.
To that same tune, those who are watching from a TV or home theater room are most likely watching dramas (34%) and those who are watching from their living room are likely turning on an action flick (28%).