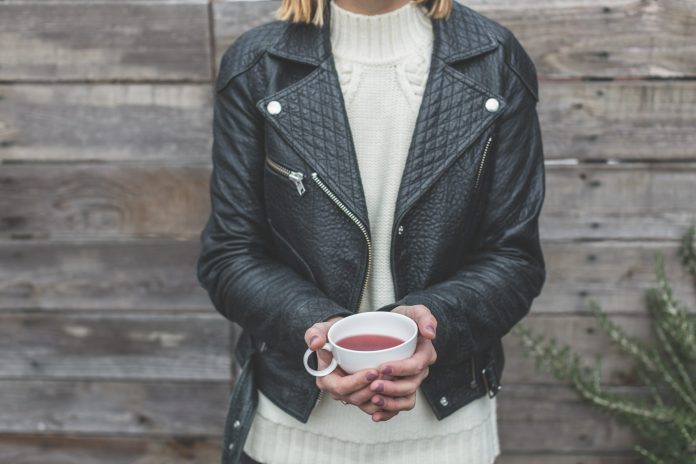 By Zoya Gervis // SWNS
NEWS COPY w/ VIDEO + INFOGRAPHIC
If a midday slump has you reaching for a pick-me-up, you might want to think twice before picking up coffee.
A recent survey of 2,005 Americans focused on people’s beverage drinking habits and pinpointed popular alternatives to a cup of brew to get over the post-lunch dip.
While coffee connoisseurs undoubtedly have the most drive in the morning (65%), only 29% keep that motivation going into the afternoon. Meanwhile, 41% of those who favor tea said they are typically brimming with that P.M. drive.
And nearly as many people who prefer juice (81%) and water (78%) remain as productive throughout the day as those who favor coffee (90%).

As an added benefit, those who mainly drink water also get the best sleep, as three in five say they get between 6-8 hours every night, compared to just 42% of those who mainly sip coffee.
Conducted by OnePoll on behalf of Celestial Seasonings, the survey also examined personality differences between preferers of different beverages, uncovering there’s much to be learned by looking at a person’s favorite drink.
Tea is now a popular choice among millennials, who make up three in five of those who prefer tea, and more than a third (34%) turn to tea every day.
More people who primarily drink water over other beverages reported lower levels of anxiety and stress (61%).
However, those who favor tea or coffee are most likely to prioritize their overall health.
Nearly all primary tea drinkers (93%) place high importance on their health and strive to make healthful choices.
While 92% of coffee lovers say the same thing, nearly two in five report their mental health constantly weighed down by feelings of anxiety or stress (38%).
That’s not the case with tea, where only 25% experience those same negative feelings. Twenty-three percent of all respondents also said it’s their beverage of choice when they want to unwind.
“Tea is having a big moment. We’re seeing a record number of consumers across age groups reach for tea because of its health advantages,” said Tim Collins, Vice President and General Manager for Celestial Seasonings. “More fans help create more innovations like new energy teas and teas with added health benefits like melatonin and probiotics—even a new iced tea cold brew—that are giving coffee a run for its money.”
While 38% turn to energy drinks when they need some rejuvenation, the same number (38%) said they grab a cup of tea or coffee when they need to re-energize.
That, along with the numerous health benefits, may be the reason roughly one in five (18%) prefer to start their morning with a cup of tea.
Sixty-three percent of Americans get their fill of tea more than once a week, and nearly half (48%) of those respondents enjoy a cup every day.
“Whether we’re returning to the office or working from home, we want to feel productive and energized,” continued Collins. “Millennials polled say a simple switch from coffee to tea has the potential to not only sustain that productivity, but also provide multiple benefits.”
WHICH BEVERAGES ARE ADULT AMERICANS DRINKING EVERY DAY?