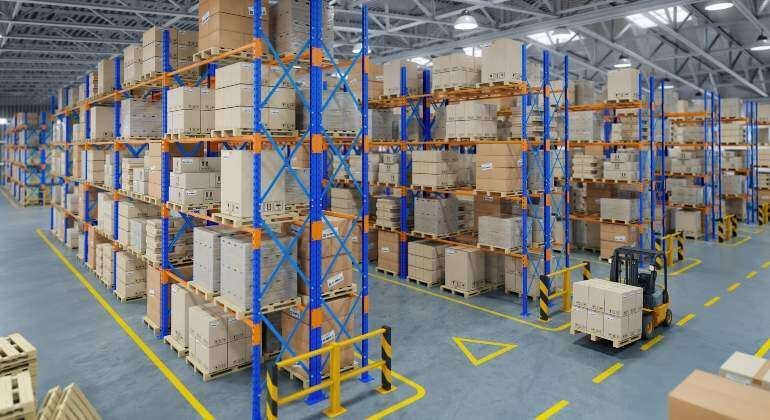 In the European logistics market, real estate investment has registered 22,500 million euros in the first six months of the year, 60% more than in the same period of the last five years. Spain has played a key role in this regard and is positioned as the second country in Europe with the highest increase in logistics investment, only behind Ireland, according to the latest report on the logistics sector in Europe by Savills Aguirre Newman.

Thus, while in Ireland the increase registered with respect to the average of the last five years has been 1008% due to portfolio operations, in our country it has been 212% , followed by the United Kingdom, with an increase of 115% .

The capital invested in logistics real estate assets has accounted for 20% of the total real estate investment in Europe , compared to around 10% of the historical share. According to Savills’ analysis of new capital raised by mutual funds this year, 39% has been allocated to the logistics sector, accounting for more than any other tertiary segment.

18.7 million m2
The logistics absorption in Europe has reached 18.7 million m2 , 63% more than the average of the last five years in the first half, according to the international real estate consultancy. In this sense, the countries with the greatest increase in absorption have been Germany, Poland and the Netherlands, with figures that exceed those obtained in the same period of the last five years.

And precisely, the shortage of available logistics space has caused an average rise of 2% in prime rents in the last twelve months in Europe . However, according to the international real estate consultancy, it foresees that rents will continue to rise due to the shortage of supply.

Sustainability, in focus
Sustainability begins to have a great impact on the property industry both through the increase in sustainability certifications of buildings, as well as the needs of logistics to save emissions.

Antonio Montero, executive director of Savills Aguirre Newman, points out that “logistics operators have already incorporated ESG principles as strategic in the entire supply chain, especially retailers . Certifications of logistics real estate assets are now common in all new projects and in buildings built that need to be updated to ensure that they meet the sustainability requirements of their users. “