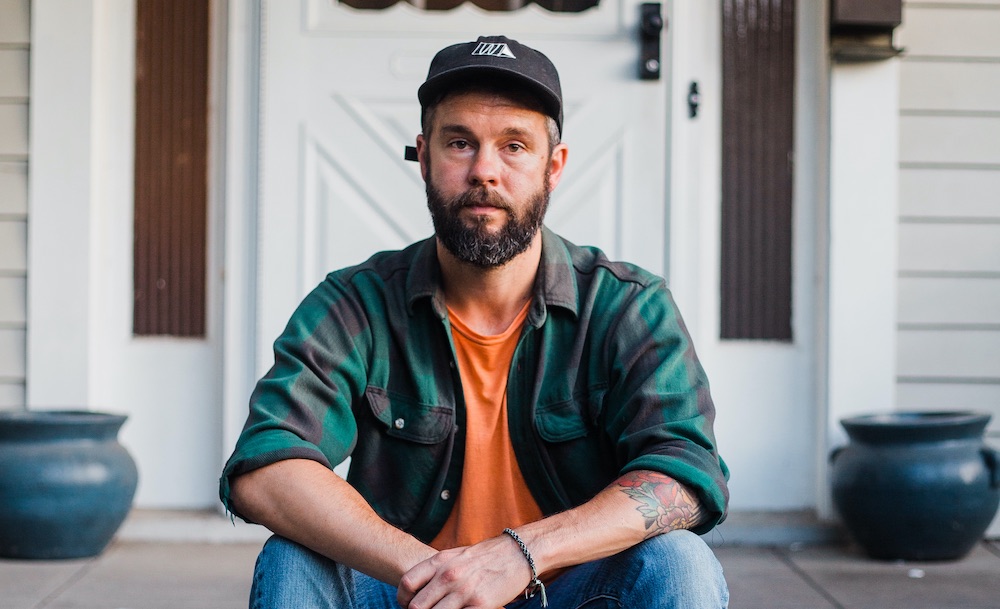 Nick Arneson has announced the upcoming release of the new full-length album ‘Sunshine Guaranteed’ this October. His moody and beautifully infectious new single “Naturally” is available today on Spotify/Apple Music and was previewed this week via Popwrapped.

Arneson penned forward and honestly introspective lyrics carefully placed on top of music written over a year of uncertainty and perhaps some time at home left for the creative process. ‘Sunshine Guarantee’ pulls back the curtains, giving listeners his reflection on life along with a progressive direction artistically, as a writer and with his music production. After sharing 2020 with the rest of the world and dealing with the emotional whirlwind of divorce, he channeled all the energies into eight tracks of indie and electronic soaked emotion that leaves listeners certain that eventually, sunshine is guaranteed. The album is the follow up to his 2019 album ‘Restless’.

When describing the creative process, Nick Arneson chooses to steer clear of canned or overly optimistic PR statements. “You’re 42 and you’ve never lived alone? This should be fun. Your best work will come out of you at the tail end of a desperate late night panic attack where everything feels like it’s caving in around you and suddenly like a light in the distance a new song will vomit up from some unknown depth and scratch the maniacal itch that you didn’t know was there until it was soothed.” says Arneson.

Throughout 2020 Arneson collaborated on multiple elements of the album with producer and designer Jon Guisbert, and the results were quite impressive. Guisbert was there from the inception of the first track, collaborating on artwork, creative direction, song production and overall ideas for the concept of ‘Sunshine Guaranteed’. Guisbert speaks further on the release by saying “Nick is a true creative, and I think what I bring to the table perfectly matches his energy and goals for the album. So what you hear is really a sum of multiple forms of creativity and ideas combined, it was a blast to work together.”

His brand of indie music is soulful, dynamic, eclectic and “fucking vulnerable” as he describes. There’s nothing cryptic here, this is showing listeners that his songs like “Heaven Sent” and “Melt the Night Away” can slow down time, create soul touching layers of emotion, and then quickly brighten the mood with other tracks including “Sunshine Guaranteed” and “Holding On”. Arneson combines optimism with the realities of life almost perfectly over eight tracks, and one may just leave the listening session knowing that despite the trials of life, everything will be okay. It’s normal to ride the rollercoaster of life, and it’s even better when you can get creative with it.

‘Sunshine Guaranteed’ will be released on October 8, 2021 on most streaming platforms including Spotify and Apple Music.

Melt the Night Away

Nick Arneson is restless. To say he has a hard time sitting in one place for any amount of time is an understatement (let’s just say he taps endlessly). With his two kids and a busy career it’s a wonder he hasn’t thrown in the towel on music. “I have more to write about, the more real my life gets” he states – not lamenting, more pointing out matter-of-factly. “I have a lot of friends who completely called it quits after turning 30,” he continues, “that’s actually when I started writing.”

His songs have the backbone of someone obsessed with rhythm and the movement that “music needs to have.” Lyrically, he tries to infuse layers into his lyrics, so on the surface anyone can move along to a fairly straight-ahead rock song. Deeper “treasures” lie at or below the surface for those looking for a little more challenge. “When I first started, I was embarrassed to talk about the meaning of my songs, though that changed once I got the hang of putting more music into the world. He had to set that record straight, as “they are mostly about my own self loathing nature and the weight of being 39.” “Shit gets pretty real when you’re juggling this much.” He compares his life to running a small empire.

Regarding ‘Sunshine Guaranteed’ – Where does the instruction come from, who is the voice and why does the internal and obsessive drive seem to rely on the voice’s instruction? Valid questions that I’ve been trying to answer through the writing process of Sunshine Guaranteed. Divorce after a 20 year relationship, parenting and surviving through the pandemic, the turmoil of an ever changing and collapsing world. Micro and macro existential dread combined with the freedom and blue skies of being single for the first time after two decades. Rebirth, a crazy and dramatic but all too realistic theme.

Producer and designer Jon Guisbert was the pillar of stability that made it possible. He would show up once a week, infusing the process with much needed laughter and creative insight – pushing the songs to be bigger, faster and more full of the emotion that I was feeling. No musical experience, just taste and an ear that can’t be bought. Without him the album (and maybe this author) wouldn’t have made it to see the light of day.

Too dark? Sorry. Anyone claiming it was anything but is lying to your face. I’d never do that. Sunshine guaranteed.

Find out more at www.nickarnesonmusic.com