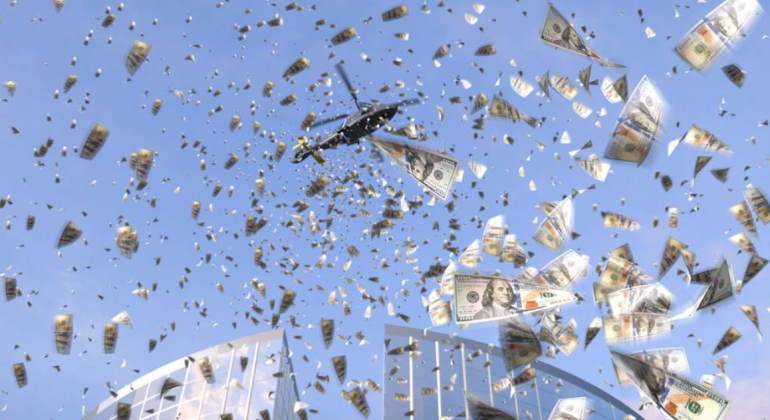 Monetary policy has been navigating unknown waters for years (since the financial crisis of 2007) with the risks that this entails. One example of this is that in recent weeks, the US Federal Reserve is experiencing something unheard of.

Investment funds, banks and other financial entities, ‘drunk’ with liquidity, are going to the ‘reverse repos’ or reverse repurchase window to exchange their reserves (liquidity) for Treasury bonds, which although it seems surprisingly scarce.

How can Treasury bonds become scarce in the face of large public deficits in a country in full fiscal expansion? The Treasury is issuing large amounts of bonds (supply) to finance the economic recovery, but the shortage is not only about supply, demand is just as important. US Treasury bonds have become a very precious asset for banks, pension funds, investment …

Beyond the demand in the secondary market, to get these assets, banks, investment funds and other financial firms go night after night to the Fed’s ‘ reverse repurchase agreement’ (reverse repo or RRP in English) in those that leave their liquidity in exchange for obtaining these fixed income assets.

Quite the opposite occurred during 2019 , when conventional ‘repo’ (the entity leaves a bond with the Fed in exchange for liquidity) had to be expanded to meet the reserve needs of the money market in an attempt to prevent interest rates from falling. get out of control.

Now it is the ‘reverse repo’ facility that is hitting all-time highs. According to data from the Fed, this window accumulates around a trillion dollars, when the normal thing is that it moves in amounts that do not exceed 10 billion dollars a day.

This fight to buy Treasuries in the secondary market has ‘crushed’ the profitability of these assets ( and soared their price ) despite rising inflation expectations and strong growth in the economy.

This strong boom in ‘reverse repos’ is not only due to the fact that entities are looking for Treasury bonds. On the one hand, the Fed has flooded the market with liquidity during the COVID crisis, buying bonds in the market in exchange for ‘money’ (excess reserves have reached over 3 trillion dollars). Now, many firms do not know what to do with so much liquidity that it is not remunerated.

The Fed has also recently increased the number of financial firms that can access this type of facility and raised in June from 0 to 0.05% the interest that entities receive for carrying out the ‘reverse repo’ operation.

In addition, the demand for the Fed’s ‘reverse repo’ facility has increased as the US debt ceiling approaches, forcing the Treasury to reduce the issuance of bonds and bills, to reduce its liquidity. in its Fed account (a stagnant account that injecting it into the economy creates even more liquidity), while financial firms struggle to find places to invest their excess reserves. Despite everything, the Fed is calm and sees these movements as something normal and that should not worry the market or the economy.

The role of this market
Investors say in statements to The Wall Street Journal that analyzing this data is key to assessing the health of the bond markets and the money market. For the Fed, the buyback or ‘repo’ is intended to prevent overnight interest rates from rising too high ( as happened in 2019 when reserves or liquidity were scarce), and the reverse buyback or ‘reverse repo’ is intended to avoid that they go down too much.

The Fed reduces the supply of bonds (increases liquidity) with the first and increases it with the second, with the consequent impact on interest rates. These drastic movements raise certain doubts about the financial stability of the world’s largest economy.

“It helps with the implementation of monetary policy,” Darrell Duffie, a finance professor at Stanford University’s Graduate School of Business, told The Wall Street Journal . “If there were not an overnight reverse repurchase facility, the repo rate would drop and lower other short-term market interest rates, which could drag effective interest rates below the target range of the Fed. “

An opaque market
Despite the obvious importance of this market, it is not always clear what is the dynamic that drives it. Analysts describe the repo market as opaque, with little public information about operations, guarantees or even participants for a large part of the transactions, and say that some aspects of it have barely changed since its inception in the 1980s.