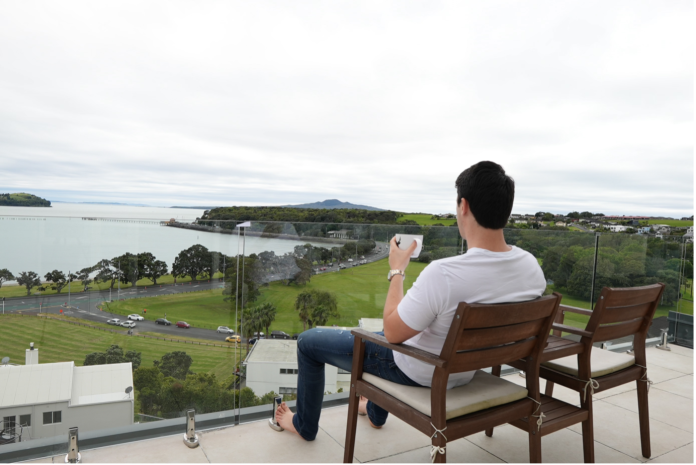 Combat sports journalist Ariel Helwani has brought to our attention James Blissett, the man who went from placing one pound bets on greyhound races to 1000’s of dollars on MMA.

Blissett (29) gained the attention of The MMA Hour producer Connor Burks who talked about how a series of three bets earned the young man $25,000 in profit on his latest podcast.

Helwani and Burks discussed Blissett’s fortune and were in awe of how someone was able to accurately predict and win these bets.

The tipster now earns hundreds of thousands of dollars a year and is ranked as the number one in the world for combat sports betting, laying up to 30 bets every weekend.

From the age of five, James would travel to the greyhound kennels with his grandfather and take the dogs for walks, feed them, and chat about the upcoming greyhound races.

Every weekend at London stadiums including Romford, Catford, and Wimbledon, James would watch the races and learn the tricks and tips of betting from his granddad.

James said: “I had my first bet at the age of 5… of course, I didn’t place it myself, but I used to draw a circle around which dog I thought would win in the pre-race stats sheet called a program, and my nan or grandad would go and place the one-pound bet for me.”

Over the years, James got to know many trainers and owners of greyhounds as well as many professional sports bettors and became hooked on greyhound racing betting.

For years he won and lost money. In 2015 he started betting on mixed martial arts and decided to solely focus on MMA as he loved the sport.

Now James, who resides in Bali, has honed his skills over the years and consistently wins big on MMA bets.

In 2019, he launched his own handicapping service, Lucrative MMA. James helps people make money from MMA with his picks and predictions, as well as teaching people how to bet properly.

James is now within the top 1% of all bettors who actually ‘Beat the Bookies’. In 2021, an 8-month winning streak saw him profit every month totalling+125.26 units. He holds a 16% ROI after over two years of third party tracking via betmma.tips

Reviews rate James’ transparency on his bets, giving everyone massive confidence in his picks. He provides video breakdowns sharing his insights around the bets each week, leaving many to claim they have been profitable following the strategies provided on his website.