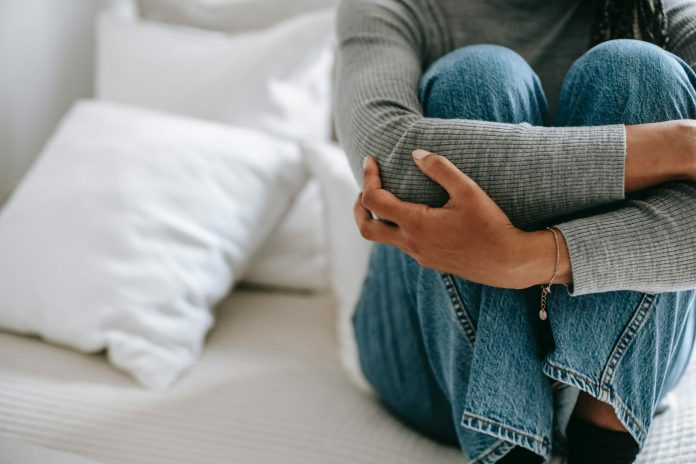 By Vanessa Mangru // SWNS
NEWS COPY W/ VIDEO + INFOGRAPHIC
Four in five Americans say crumbs in the bed lead to the crumbiest night’s sleep, according to new research.
A survey of 2,000 adults delved into disruptors most impacting sleep and found that eating in bed may be a culprit.
Bedtime can trigger cravings for many of us, as nearly half (48%) admit they regularly eat before bed, and these respondents are likely to crave sweets (50%) such as cookies (42%) or salty snacks (32%) like chips (49%) or popcorn (45%).
Additionally, 35% of respondents admit to eating in bed. That said, people feel so strongly against eating and risking crumbs in their bed that a third of respondents said it’s a dealbreaker if their partner were to do so.
Having a partner that eats in bed is particularly offensive to millennials (38%) who said they would consider ending the relationship over it. Ironically, they are also the generation that reports being most inclined to snack in bed (40%).

Conducted by OnePoll for Serta Simmons Bedding, the survey also looked into the quality of sleep that people are getting and found that a fifth of respondents say it’s been over a month since they’ve gotten a night of perfect sleep (21%), with the average person waking up three times per night.
For millennials, waking up at least three times per night is the norm, and of all the generations, baby boomers are the most likely to report having missed out on a perfect night’s sleep in over a month (30%).
Being too hot while sleeping can be another disruption. Most respondents wake up more often at night when they feel hot (76%), leading them to turn on the AC or a fan (49%), sleep without the covers (37%) or change their clothes to cool down (36%).
Surprisingly, people in the northeast are more likely to wake up often when they feel hot (89%), compared to just 61% of southerners in warmer climates.
“Studies have shown that sleeping hot can impede the body’s ability to rest and recover,” said JD Velilla, Serta Simmons Bedding’s Head of Sleep Experience. “Interrupted sleep may lead to irritability, increased stress and decreased creativity, among other things. If you tend to sleep hot, light clothing, breathable linens or a mattress with cooling technology can help.”
Adding to sleep restlessness, 65% percent said they toss and turn at night because they can’t find a comfortable sleeping position and a similar percentage switch between cocooning themselves in their blanket and kicking it away when trying to get comfortable (64%).
In terms of who has the most restless sleep, Gen Z (18-25) (74%) and the silent generation (77-94) (73%) are most likely to toss and turn at night because they can’t find a comfortable sleep position.
In other sleep disruptors, for pet owners, the average person reported being awoken by their furry family members twice a week when their pet barks/meows or whimpers (36%), they need to go outside (31%) or when they take up too much space in the bed (30%).
Parents also find themselves having trouble sleeping when their child wakes them up, which happens on average twice a week – usually when they need to use the bathroom (34%) or when they have nightmares (31%). And, after waking up, 49% of parents almost always give in and let their kids crawl into bed with them.
But rest assured, better sleep may be just around the corner for parents as kids return to school. Nearly half of parents said they get more sleep when their kids return to school (49%), and a similar percentage said the quality of their sleep is better during this time, too (50%).
And, simple routines like making the bed can also contribute to a better night’s rest. Seventy-four percent of people said they sleep better crawling into a neatly made bed at night.
“While there are many sleep disruptors keeping us awake, there are also some ways to ensure you’re getting your nightly shut eye,” added Velilla. “Some of the top tips I recommend include sticking to a sleep schedule and routine, understanding, and proactively addressing, your sleep disruptors, as well as making your bedroom a recovery room designed to maximize sleep.”