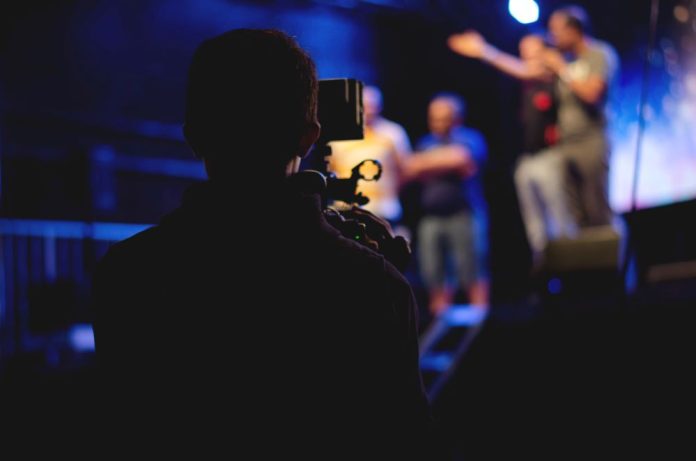 A study of 2,000 adults under the age of 35 found 43 per cent struggle to relate to the characters they see on the big screen.
And 57 per cent think stereotypes are overused in films, with 30 per cent going as far as to say they have been offended by a movie cliché.
While 29 per cent have refuse to watch a film due to an offensive or outdated stereotype.
The research was commissioned by confectionary brand M&Ms as part of its global ‘FUNd’ initiative designed to champion diversity and inclusion and create a sense of belonging.
Femi Kolade, Head of Studies at London Film School, which is part of the initiative, said:
“The mainstream film industry has been dominated for too long by a narrative that excludes so many people’s lived experiences and reduces all of our specific and vibrant diversity to a few standardised, often negative and always limited representations of who we are today, who were yesterday and who we’ll become in the future.
“This must change and this timely research and this important campaign shows yet again how desperate mainstream audiences are to see that change.”
Film-lovers wish there was better representation
Oversexualised women is the most common stereotype young adults feel they see to much in movies, for example Alice Eve in the first Star Trek reboot film, and ‘She’s All That’ which conveys the message that you have to be attractive to be popular.
This was followed by females being depicted as weak or too sensitive, and foreign characters’ broken English used for comedy, as Sacha Baron Cohen does in the Borat films.
Others are tired of seeing black or Latino people portrayed as gang members, black communities being broken or disruptive, and flamboyant members of the LGBTQ+ community, as Damien was portrayed in 2004 hit Mean Girls.
Instead, young adults would like to see more depictions of neurodivergent people living normal lives, rather than portrayed as having ‘special powers’, more people of colour playing people in management positions and disabled characters portrayed as strong or successful.
The study also found comedies, romance and crime are considered the worst genres for overusing stereotypes, with 37 per cent claiming they have never watched a movie which they felt did the opposite and broke them down.
More than half (56 per cent) even believe the film industry needs to stop alluding to things such as race, sexuality or region when it is irrelevant to the movie’s storyline.
True minorities are barely represented between in the industry
It also emerged only 24 per cent of those polled could name five or more LGBTQ+ actors, with just 21 per cent able to name the same number of disabled actors.
As a result, 59 per cent would like to see more disabled actors portraying characters with disabilities – as opposed to such roles going to people without such conditions or impairments.
This is after wheelchair user Professor Xavier in the X-Men franchise was played by non-disabled actors Patrick Stewart and James McAvoy.
Looking behind the lens, only 22 per cent could confidently name five non-white Hollywood directors.
In a separate study conducted in 2021, only three in 10 directors were from minority backgrounds, up from 12 per cent in 2011.
But 60 per cent of young Brits believe more diversity in directing, producing and technical roles would positively impact what we see on screen.
And 52 per cent believe Hollywood has a greater responsibility than all other industries to improve its diversity and inclusivity.
However, 31 per cent of those polled via OnePoll, think the industry’s attempts to improve inclusivity and diversity feels more like a ‘box-ticking’ exercise than authentic.
Leah Dykes, a spokesperson for M&Ms, said: “As a treat synonymous with film culture, we feel we have a duty to do what we can to ensure the industry and beyond is inclusive and diverse and celebrates talent from all walks of life.
“This work is one of the first steps in the UK, in our commitment to increase a sense of belonging for 10 million people around the world by 2025, and sets out to understand thoughts and attitudes towards diversity and inclusion in Hollywood and western cinema, and the issues around typecasting and old stereotypical tropes.”
Top ten over-used stereotypes that young Brits aged 18-35 would like to see cut from movies
1.    Women being overly sexualised for male characters (24 per cent)
2.    Women being depicted as weak, too sensitive, always crying (20 per cent)
3.    Foreign characters unable to speak English for comedic purposes (19 per cent)
4.    Mentally ill people appearing as dangerous and unpredictable (18 per cent)
5.    Black communities being viewed as broken/disruptive (18 per cent)
6.    Black/Latino men and women as gang members (18 per cent)
7.    Flamboyant members of the LGBTQ+ community (17 per cent)
8.    The streetwise sassy black woman (17 per cent)
9.    Overprotective Asian parents (16 per cent)
10.   Disabled people appearing frail, helpless, or unintelligent (16 per cent)
Top 10 characters and attitudes young Brits would like to see
1.    Neurodivergent people living normal lives with normal jobs (24 per cent)
2.    Character roles with disabilities played by disabled people (22 per cent)
3.    Successful and strong disabled people (22 per cent)
4.    Positive portrayals of minorities (22 per cent)
5.    People with physical or mental disabilities in action roles (21 per cent)
6.    Black people in management positions (21 per cent)
7.    Stay at home dads (20 per cent)
8.    Disabled leads in romantic roles (19 per cent)
9.    Black people in period dramas (19 per cent)
10.   Neurodivergent detectives and/or crime busters (17 per cent)