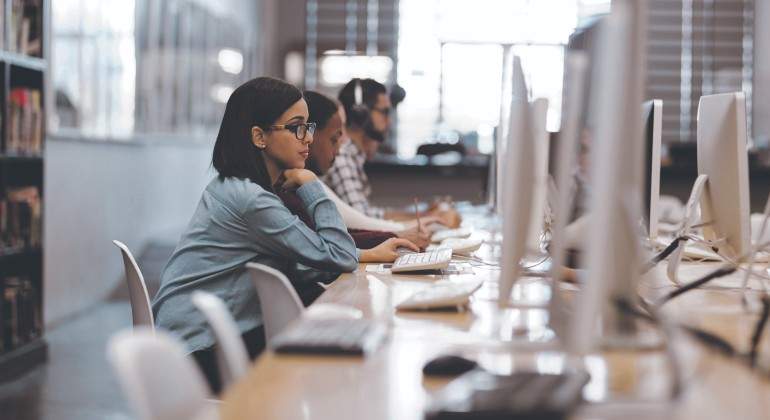 Until 2020, the Infoempleo report, published annually by the human resources company Adecco, indicated that the number of job offers in Spain that required knowledge of a foreign language was between 32 and 35%. However, the 2020 Report has shown a drastic drop in this percentage, placing it at 12.62%. This is due to the stoppage caused by the pandemic in hiring in the services and tourism sectors , the most affected since the arrival of covid-19 and which are now finally being reactivated.

For all these reasons, it is expected that little by little languages ​​will once again position themselves as an essential requirement for a large number of job offers. However, knowing a language is not the same as being able to demonstrate it. The nerves of an interview or the closed structure of resumes can play a trick on candidates.

The Berlitz language school, present in 70 countries and with more than 700 centers around the world, shares five tips to prepare the application for a job that requires mastery of a language, from the development of the curriculum to the moment of the interview.

How to prepare the curriculum

Exaggerating about the level in a language is quite a temptation, since it is a very common practice. However, “our recommendation is not to lie since it can generate a waste of time if the language is an essential obligation for the position”, explains Ginés Méndez, general director of Berlitz Spain. “In addition, the contractors already know this practice and for this reason they usually add a level test to the interview,” he adds.

Human resources specialists usually look at the qualifications that endorse each level, such as Cambridge, TOEIC or TOEFL qualifications. If the degree is recent, it will be positive to indicate the date to show that fluency has not been lost. In the case of not having any degree, one can resort to the European frameworks of language levels, which allow the candidate to indicate where he is learning, with A1 being the lowest level and C2 the highest.

How to prepare for the interview

“If knowledge of the language is an essential requirement, regardless of the title the candidate holds, a company will always take a level test”, says Miriam Alonso, Head of Studies at the Berlitz Cea Bermúdez center in Madrid. “It is advisable to request this test to prepare and even take advantage of occasions in the interview to insert quotes and phrases in the required language, and thus demonstrate to the interviewer that there is no reluctance in its use and that the vocabulary of the sector in that language is mastered “, Add.

“Without a doubt, oral skills are the most valued by companies. In one way or another, the candidate will have to come into contact internally or externally when speaking with people in that other language and that is when they should fellowship professionally and humanely “, explains Miriam Alonso. In addition, the other skills are also important, but they are not so key, since there are tools that can help the employee, such as translation and proofreading websites.

If it is a golden job opportunity, Alonso recommends “preparation with a teacher who, within the level of each one, can help provide tools within the work environment that is being chosen: vocabulary, ideas, suggestions … All this will help us not only to enrich the level test during the interview but also to gain confidence and security “.

In Berlitz courses, the candidate is prepared in such obvious aspects as content and vocabulary, as well as other elements such as body language and intonation. A very common practice is to perform role play exercises with a recording of the interview so that later the student can review their interventions to improve.

If the level is not reached, the interviewee will not learn a new language from day to morning, but prior preparation can be the key both to regain fluency in the foreign language, and to gain more confidence and naturalness in the face of an interview.