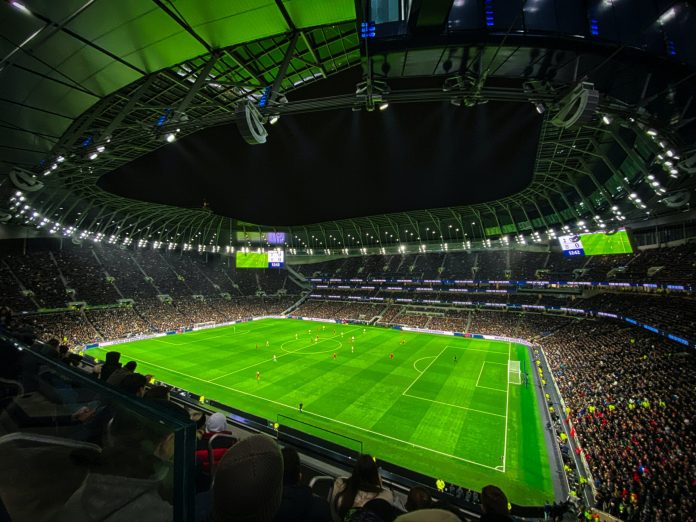 The top signs of a true football fan have been revealed – including naming the starting XI of England’s World Cup winning team, owning multiple shirts and going to at least five games a season.
A study of 2,000 self-declared fans found having played the game themselves – even Sunday league – also made the top 30 list.
While a third said you’re only a fully-fledged football supporter if you can easily explain the offside rule.
Knowing where all the stadiums are in different cities, collecting merchandise for a favourite team and predicting the substitutions about to be made in a game are also signs of a true fan.
However, 47 per cent said you can only be classed as a full fan if you support both the men’s and women’s teams.
Supporting both sides
The research was commissioned by the England Teams’ partner Snickers, whose spokesperson Chloe Smith said: “From missing or being late to the birth of a child or a flight abroad as a result of watching football, we know that England is a nation of passionate football fans.
“However, we know you can’t call yourself a ‘full fan’ if you don’t support both the women and men’s football teams.”
The love for female football is clearly rife as 46 per cent have an interest in it, with men more so than women
And 43 per cent think the growing interest in the women’s game is great for the sport as a whole.
When comparing genders, 54 per cent don’t think female footballers are given the same level of recognition as their male counterparts.
As a result, 49 per cent of those with kids would encourage their daughter to follow or play the game as much as they would encourage their son.
Three in 10 said their daughter plays compared to a quarter who has a son who takes part in the sport, and a further 39 per cent has a little girl who already supports a particular team.
‘Roaring them on to success’
It also emerged 59 per cent of those polled have been in love with the game since they were a child, with 58 per cent encouraging their little one to support their favourite team.
The study, carried out via OnePoll, found Fran Kirby, Lucy Bronze and Steph Houghton are the most familiar names within the game.
While Alex Scott, Sam Kerr and Fran Kirby are the top three players those polled would most like to see play.
Chloe Smith added: “As a proud partner of the Lionesses, we’re playing our part this summer to roar them on to success.”
“Through our #SupportHer campaign, we’re inspiring the nation to go full England fan, because you’re not you if you’re only half supporting England.”
Top 30 signs you’re a true football fan

Being able to name the starting XI of England’s World Cup winning team
Playing the game yourself – even Sunday league
Going to at least five games in a season
Owning multiple football shirts
Being able to easily explain the offside rule
Owning a full kit
Supporting your local side
Knowing where all the stadiums are in different cities
Knowing what substitutions a manager will make shortly before they make them
Watching games other than the ones your team is playing in
Knowing the ins and outs of players from different teams from 30 years ago
Knowing the name of ends/stands at different stadiums
Planning your weekends around the football schedule
Cancelling all plans to watch an important game
Going to away games and not just home games
Keeping track of scores across the board on your phone if you’re not watching it at home
Happily watching a match on Sky or BT Sport that doesn’t even involve your team
Collecting souvenirs / merch for your club
Being a season ticket holder every year
Having pictures/prints/framed shirts up in your home
Being just as interested in the women’s game as the men’s version
Taking a day off work to watch a match
Knowing all the football chants/songs for each club
Refusing to even wear a colour that your team’s rival plays in
Being inconsolable all weekend if your team loses
Knowing the number of trophies each team has won
Arguing with friends/partner over favourite teams
Having a house full of your team’s merch – mugs, scarves etc
Getting up in the middle of the night while abroad to watch a game
Complaining about VAR